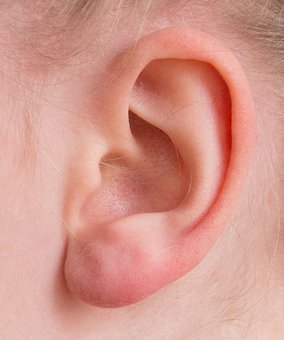 Hearing is important for a child’s ability to develop communication skills, language, and social skills as they grow. You may find out your children has hearing loss when the child was born or later in childhood. In the past, hearing loss in children frequently went undetected until the child was about two years old when he or she was not talking yet. But with technology, a newborn hearing screening is now possible, and children with hearing loss can be identified at much younger ages. It is really important to get the right treatment as early as possible because when you understand more about your child’s condition, you can get the help your child needs so they can learn, play, and keep up with other kids.

There are numerous possible causes of a child with hearing loss, including:

If your child wasn’t diagnosed with hearing loss at birth, you’d likely be the first person to notice. Some early signs include no reaction to loud noises, no response to your voice, and your child makes simples sounds that taper off. A child with otitis media may also:

It is best to talk to your child’s doctor as soon as possible if you notice any of these symptoms. When the problems get diagnosed and treated early as with all treatment it depends on the cause and how much your child cannot hear. For otitis media, the most common treatments are watchful waiting, medications, and ear tubes. For other reasons, children can get treated with hearing aids, speech therapy, assistive listening devices, and implants. Ask a hearing specialist about what might be right for your children.

When your child has hearing loss, it is best to seek support so your child can be taught how to communicate through speech, sign language, or both. As your child grows, their education program will likely need to be adjusted.